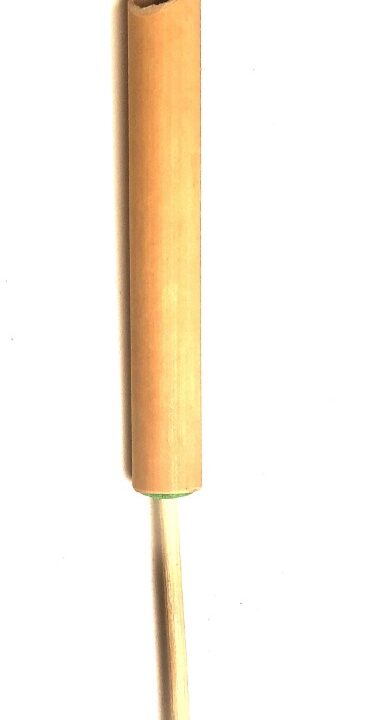 This is a replacement Bulb and Bar. Compatible with Dan Bau.

You may need to widen / decrease the hole on your instrument to ensure the fitting is tight.

We sell new Dan Bau’s and Dan Bau Spares. See our other listings.

Background to the Dan Bau

It’s a one-string zither specifically native to Vietnam. It is constructed of a long narrow sound box, with a tall curved stem made from water buffalo horn inserted at one end.

The single string runs between the sound box and a small wooden gourd (in Vietnamese, it is called “Bau”) attached to the stem, or “whammy bar called a niipper (known as “Voi Dan” in Vietnamese).

The stem is bent to change the pitch of the string. The player touches the string lightly with the heel of the hand at harmonic-producing nodal points while plucking with the fingers or plectrum. This produces the dan bau characteristic high clear sound.

Historically the dan bau was played by blind street musicians, and along the streets of Ho Chi Minh City and Hanoi, one can still hear these sweet sounds. Legend has it the dan bau should be solely for the pleasure of its player, or for poetry, and young women are warned not to listen to it. This warning, probably coming from vigilant parents of a by-gone era, wishing to protect their daughters from the emotionally seductive appeal of love songs played on this instrument; this gives an idea of the power and charm of its sound.

We source our instruments personally in their country of origin and ensure the makers are paid well for their craft.

Please note that due to the handmade nature of the product there may be small imperfections as in nature. These (if there are any) merely add to the character and authenticity of the item.

History of the Dan Bau

The Dan Bau is a Vietnamese monochord.

While the earliest written records of the Dan Bau date its origin to 1770, many scholars estimate its age to be up to one thousand years older than that.

A popular legend of its beginning tells of a blind woman playing it in the market to earn a living for her family while her husband was at war. Whether this tale is based in fact or not, it remains true that the Dan Bau has historically been played by blind musicians.

Until recent times, its soft volume limited the musical contexts in which it could be used. The Dan Bau, played solo, is central to Vietnamese folk music, a genre still popular today in the country. Its other traditional application is as an accompaniment to poetry readings.

With the invention of the magnetic pickup, the usage of the Dan Bau (we also sell a bamboo one) spread to ensembles and also to contemporary Asian pop and rock music. Now, electronics designed for the electric guitar are sometimes employed with the Dan Bau to further expand its tonal palate.

Originally, the Dan Bau was made of just 4 parts: a bamboo tube, a wooden rod, a coconut shell half, and a silk string. The string was strung across the bamboo, tied on one end to the rod, which is perpendicularly attached to the bamboo.

The coconut shell was attached to the rod, serving as a resonator. Now, the bamboo has been replaced by a wooden soundboard, with hardwood as the sides and softwood as the middle. An metal string has replaced the traditional silk string.

While the gourd is still present, it is now generally made of wood, acting only as a decorative feature. Also, most Dan Bau now have modern tuning machines, so the base pitch of the string can be adjusted. Usually the instrument is tuned to one octave below middle C, 130.813 Hz, but it can be tuned to other notes to make it easier to play in keys distant from C.

You can read more about the history and structure of Dan Bau in this informative article.

We sell other dan baus and Dan Bau Spares. 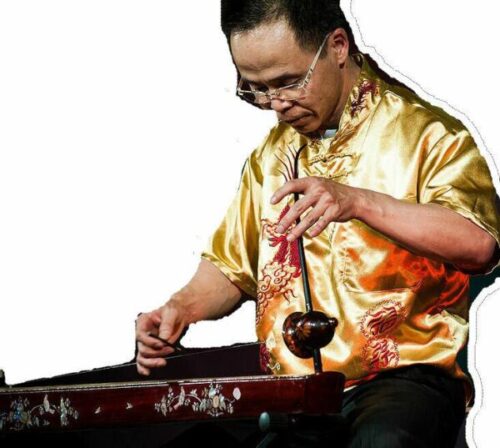 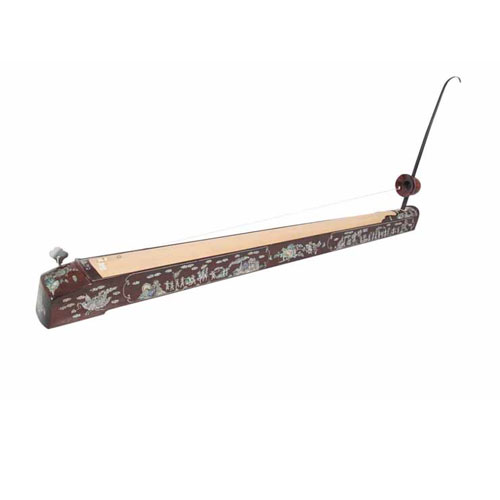 REGISTER FOR OUR NEWSLETTER

Sign up for all the news about our last arrivals and get an exclusive discounts.

Create an Account
Signup for our newsletter to get notified about sales and new products.